Well this was a continuation of the drunk plans that had landed three brothers in Chandrashila. A long weekend in August was decided as the date for another road trip. The mountains were rejected due to rains and land slides. Hence Rajasthan was chosen as an appropriate destination. The date was decided to be 12th August.

I was in Bombay for office meetings on 11th August and took an early morning flight to Delhi on 12th. Slept the entire day so that we can drive at night. This time we were only the two of us as the third brother had already decided to go to Jaipur a day earlier. There is not much the two of us could do to convince him as he was feeling aroused about the myriad possibilities in Jaipur with one of his many “friends.”

So we started driving from Noida at 2000 hrs and on the way loaded the boot with BIRA and whisky for the nights ahead. Mind you, no drunken driving. Getting out of Delhi & Gurgaon is definitely a pain, but you can’t do much anyways. Once you leave Gurgaon, the drive becomes relatively better, but still there are a lot of trucks to deal with.

We stopped for dinner at one of the roadside Dhabas known as Jannat. We were really hungry and ordered to Thalis. Believe you me, order just one for two hungry men because their quantity is astonishing. We were more than full and we headed towards Jaipur.

We were cruising towards Jaipur, and suddenly a Blue Bull hit our car head on and then limped to the side. I did apply brakes to try and avoid the collision but couldn’t help but hit the antelope. It was dark all around so we did not stop immediately to check the damage and decided to stop at the next dhaba. We found that the right side front headlight was broken but the lamps were working. It felt bad for both hitting the deer and then also damaging the car.

With a heavy heart we continued to Jaipur. Once we reached Jaipur, we were stopped at a checkpost by cops. I wonder why we are always stopped by cops. This happened with us on our way to Chandrashila too. This time the cops hit gold dirt as they found 12 cans of beer in the boot. They threatened us with drastic measures of liquor smuggling etc. But later they figured that in a car you can carry 9 litres of beer and we were carrying only 6. But, as this was an independence day weekend, there was a lot of checking happening and hence we were suitably advised by the cops to leave the beer behind with them only. I was laughing inside, but I did not want to haggle with them over it and hence we dropped the cans under a tree just a few meters away from the checkpost as advised by the cops themselves. They even told me,”jawaan pee lenge sir.”

So we headed towards Jaipur and picked up the third cousin from his hotel. It was 0200 in the morning and we picked him up and left for Udaipur. He said that he was fresh and can drive even right now. With in 10 minutes we could hear him snoring in the back seat. The drive from Jaipur is much better with limited trucks on the road.

At one point in time when the distance is like 150 Kms from Udaipur, the drive becomes all wavy through small rocky mountains and its an amazing drive. One thing that you will surely dislike all through your drive is the number of tolls that keep hitting you. There are a minimum of 15 tolls between Delhi and Udaipur which is like one every 50 kms. So easily a 1000 bucks on tolls for a return trip.

We reached Udaipur in the morning at 9 and headed straight to the place we had booked ie Udai Bagh. The place is decent with 6 small cottages and a swimming pool. But we didn’t like it much and decided to move out. But the hotel staff told us that today we can stay here and the next day they will move us to Udai Kothi which was apparently a better place.

So we had our breakfast and hit the pool as soon as we were done. Then we decided to take some rest and go out in the evening. We were woken up by blaring music as there was some party happening at the resort. We ordered some food to eat which was served to us after one and a half hours. We called up the customer care with little help from them. We were so furious that we left the food on the table and left for the city. We decided to go to Pichola lake and feed ourselves. As we walked through the lanes of Pichola lake, we came acrosss this beautiful property ie Udai Kothi, where we were supposed to move in the next day.

This place looked awesome and I walked straight in to meet the manager. But to my luck I found the owner herself over there. She was willing to give me the refund for both the days and apologised for the inconvenience caused to us. We discussed it for a while and agreed that we be given the refund for one day and tomorrow we are shifted to Udai Kothi which she duly agreed to. She was also very kind to offer us dinner for free at Udai Kothi as a gesture but we decided against it.

We had some food at one of the restaurant overlooking Ghanghor ghat at Pichola lake and head back to Udai Bagh.

The night was usual music and beer and nargile. Well Nargile is the turkish word for Hukkah which was told to our third cousin by a Turkish girl during his adventures in Jaipur, the night before.

Next morning we checked into Udai Kothi. We were also upgraded to a Suite by the owner herself. But as the checking in time was taking too long, and our last day was kind of wasted, I was keen on making the most of this only day we were left with. I told the same to the hotel guys which kind of turned off the owner. She and I had a bit of an altercation. Later I did realise that i was kind of wrong in telling off the staff even when they upgraded us to a beautiful room.

Nonetheless, we checked in and decided to take a walk around Pichola lake and visit the City Palace. The walk in by-lanes of

We reached the City Palace and I must say that I was tad disappointed, maybe because it was way too overcrowded despite the entry fee being INR 300. It was very well kept and was clean at even the corners. We took a complete tour of the museum and were tired by the end of it. 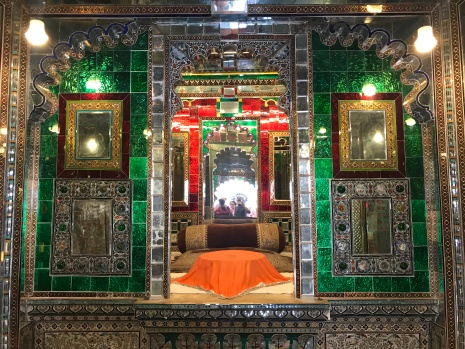 We decided to head back to the hotel and take a swim in the super classy roof top pool. The pool has a decent dept of 5 ft and we decided to enjoy ourselves here for a while.

In the evening we again went out to the city, this time in the car. We headed out to Fateh Sagar Lake but were in for a disappointment as it was packed with locals and eating joints. Reminded me a bit of Juhu beach and we quickly decided to head into the city to do some shopping for ladies back home. We went to the Bada Bazar and did some good shopping there of Kurtis and Palazzo pants. Now we were considering ourselves safe for our return home to the ladies. This was the case with the two of us, whereas the third one (the Jaipur player) was looking for the cheapest possible Kurta (for himself) in the entire market. I am sure he found it considering that he is good at finding worldly deals.

We came back to the hotel and chilled through the night in our awesome Suite. I spent sometime in the bath tub which if slightly bigger could’ve been called a Jacuzzi.

And then suddenly the Jaipur player decided to break one antique lamp in the room for which we had to pay INR 2500 extra the next day. But considering we were getting refunded for one day, we were still better off.

The breakfast served at the hotel next morning was very good and had host of options to choose from. We had a decent fill, considering we had a long drive back home to Noida.

We stopped at Jaipur to pick up some Kachori and Ghevar sweet from Rawat Sweets near station road. Do try out the ghevar and you shall love it.

The drive from Jaipur to Delhi was full of traffic jams etc and hence not much to write about that. 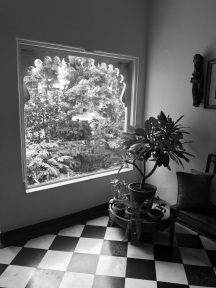 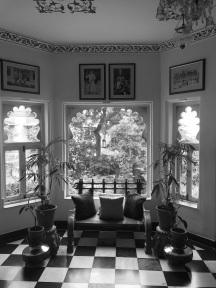 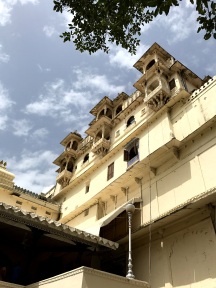 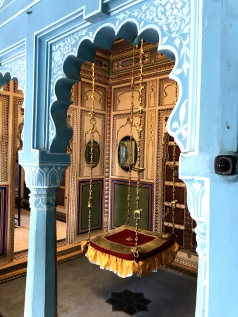 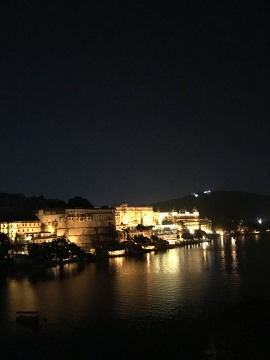 We missed visiting places like the Monsoon Palace and Chittorgarh Fort which we will surely cover during winters. Monsoon palace apparently gives you the best view of Udaipur and its lakes. And Chittorgarh Fort is believably the best fort in the country.

Udaipur has its own charm with a relaxed ambience. If you’re looking for a weekend with your loved on in an easy going beautiful town with lakes, head to Udaipur. And i am saying this when I have travelled there with two fully grown bearded men. But nonetheless you can figure out why Udaipur is considered one of the most romantic places in India. Go Visit !